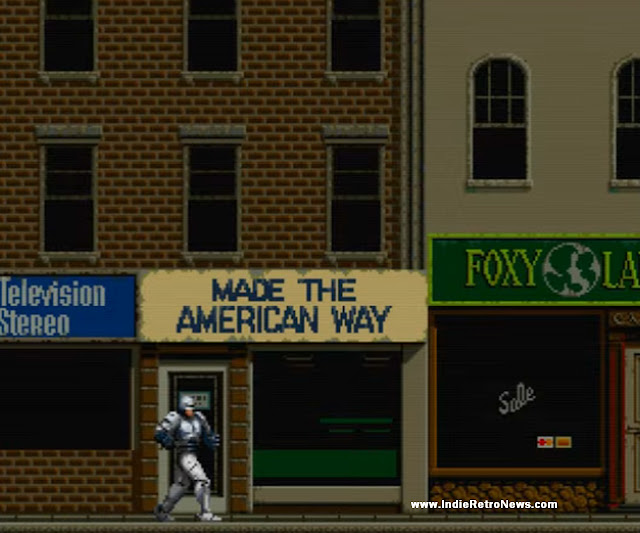 Now this is a real blast from the past and not only a well known game, but a game from a movie that pretty much everyone would have heard of at least once while growing up. Let me just shout the name out in large caps to grab your attention 'ROBOCOP'. That's right retro heads this is Robocop, a game that was originally published by Ocean in the 80's, and now thanks to DanielAllsopp, looks to be getting a complete AGA rework developed in 68k ASM for those of you who felt the original 1989 Ocean/Data East game was rather lacking.

Currently we don't know if this is going to be a fully featured release down the line, but the coder has not only posted a number of discussion updates following the development threads for the likes of Rygar, Kung Fu Master, Pacman, Turrican 2 AGA, but he also states not to expect the level of progress compared to the dev experience of mcgeezer, jotd etc, and the current engine is nothing special running in 64 colours, utilising 64 pixel wide sprites for the background parallax on level 1, and a 4x fetch mode.... And that's just a small snippet of the game so far, but for further details including how far the game has come from its day 1 announcement, make sure to visit the EAB Forums linked below.

Shout outs and big thanks for help during this little phase belong to: